Skip to content
JERSEY CITY – Students and teachers at COUNTY PREP HIGH SCHOOL will be conducting a mock election and Youth Voter Survey on OCTOBER 21 –NOVEMBER 3.  Students will participate in the 2015 National Mock Election and Youth Voter Survey, sponsored by the Youth Leadership Initiative (YLI), a national civic education program based at the University of Virginia Center for Politics.  With thousands of students expected to vote nationwide during the voting period from October 19 – November 3, the YLI Mock Election is the largest secure, student-only online mock election in the nation.
A national research study conducted by University of Virginia Center for Politics Director and Chief of Staff Ken Stroupe found conclusively that the instructional components of the Youth Leadership Initiative can have a positive impact on students, and Stroupe found that “students in classes where teachers used the YLI Mock Election and the related lesson plans reported a higher tendency towards future political participation.”
“Programs such as the YLI Mock Election and Constitutional Convention have the opportunity to excite students about our democracy and teach them about their rights and responsibilities as citizens.  Students are empowered with a sense of ‘I can’ optimism that will lead to a lifetime of civic involvement,” added Sabato.
Results of the YLI National Mock Election and Constitutional Convention will be available the morning of Wednesday, November 4, 2015.  For more information, please contact County Prep History instructor Thomas Calvanico. 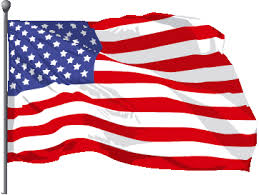