Skip to content
Take a look at who’s running one of the hottest new restaurants!

Dale Talde was featured on Top Chef, Food Networks “Iron Chef” and among many other TV appearances. He is one of the new creative young chefs in the country. He currently owns Talde Brooklyn, Talde Jersey City and Talde Miami. So what does that have to do with County Prep High School? Well the entire line is from our CPHS Culinary Arts program. Chef Collins asked Mark Luna, who was on the line (Hot appetizers and entrees) at the restaurant, “How many positions are in the kitchen?”  Here replied, “Five on the hot line.” He asked, “Who was working?” Ashley Angeles, Athena Bellotti, Joaquin Cariaso, Mark Luna, Oswaldo Morraz.

They are all students from Chef Collins Culinary Arts program, running one of the top restaurants in the county.  Chef Collins was completely surprised to find out that his students were in this position.  He knew all of them were working in the restaurant but did not realize they were running the kitchen. Chef Collins said, “I’m very proud of them for their accomplishments and it would not be possible without the support of our administration and their dedication to our craft”. 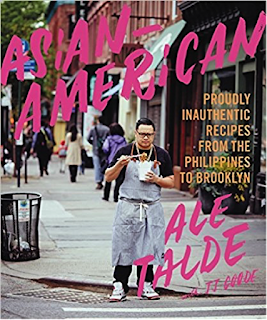