The Arena Pro Swim Series made its second stop in 2017 at the world renowned IU Natatorium in Indianapolis. As predicted, the event proved to be a clash between some of the biggest titans in the sport.  Notable swimmers included Great Britain’s Adam Peaty, America’s Josh Prenot, Japan’s Daiya Seto, and America’s Cody Miller. Among the mix was County Prep’s Oleksiy Polishchuk. Oleksiy had his hands full qualifying in five events including the 100m Breaststroke, 200m Breaststroke, 200m individual medley, 400m individual Medley, and the 200m freestyle. Oleksiy’s most notable finish was in the 200m Breaststroke in which he swam a time of 2:25.55 in the preliminaries qualifying him for the finals in which he snagged 29th place in a time of 2:25.40.  The time is important because it serves as a benchmark for Oleksiy as he makes a push for the Junior World Championships later this summer. 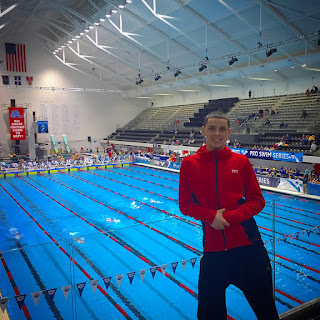