Skip to content
On February 13th, 2015 the County Prep Theatre Arts students performed in a competitive improvisation event called the Annual Jamboree. The battling teams, Chaplin and the Stooges and Bad Biscuit competed in a series of improv games as part of a fundraiser for the Theatre Department. Although Chaplin and the Stooges took the trophy, all of the performers won the heart of the audience.
The show was hosted by Junior Jose Lupianez and Senior Tamara Alicea, who found ways of including the audience by letting them pick the place, the relationship, and even the lines for the actors to say in the middle of their improvisation. Junior Brianna Pitchford accented all jokes and highlighted the competition with her creative action on the drums.
Bad Biscuit competed with Senior Valerie O’ Higgins; Juniors Alexia Velazquez, Samantha Killion, Joshua Dunn, Juan Ferreira; and Freshmen Julio Velazquez and Quinton Casillas. Chaplin and the Stooges competed with Juniors Ryan Wares, Jonathan Dunn, Gianni Ortega; Sophomores Alyssa Massa, Adam Hassan, and Kailyn Vazquez; and Freshman Jason Ortiz.
The two teams took turns in winning the applause of the audience in games such as Freeze Tag, Singing About You, Whose Line Is It Anyway?, What Happens Next, Master and Servant, Taxi, What Are you Trying to Say?, Director, Dubbing, and Scenes From A Hat.  While Tamara was trying to elude all Jose’s creative ways of asking her out on a date, she rewarded all the audience members who participated to the show with colorful heart shaped balloons.
Finally in the end the teams battled it out in the game Props, where each team had to come up with fast creative ways of using an umbrella as a different object. The last competitors left standing were Valerie O’Higgins and Adam Hassan. After a nail-biting run Adam won and Chaplin and the Stooges took the first Annual Jamboree trophy. It was indeed a night to live, love and laugh! Ms. Shields is extremely proud of her extraordinary creative improvisers as well as the technical crew of the evening; student sound and lighting technicians, Seniors Chris Ortiz and Kaylee Cox, and stage and house managers Senior Flora Keim and Junior Koutanding Wally. 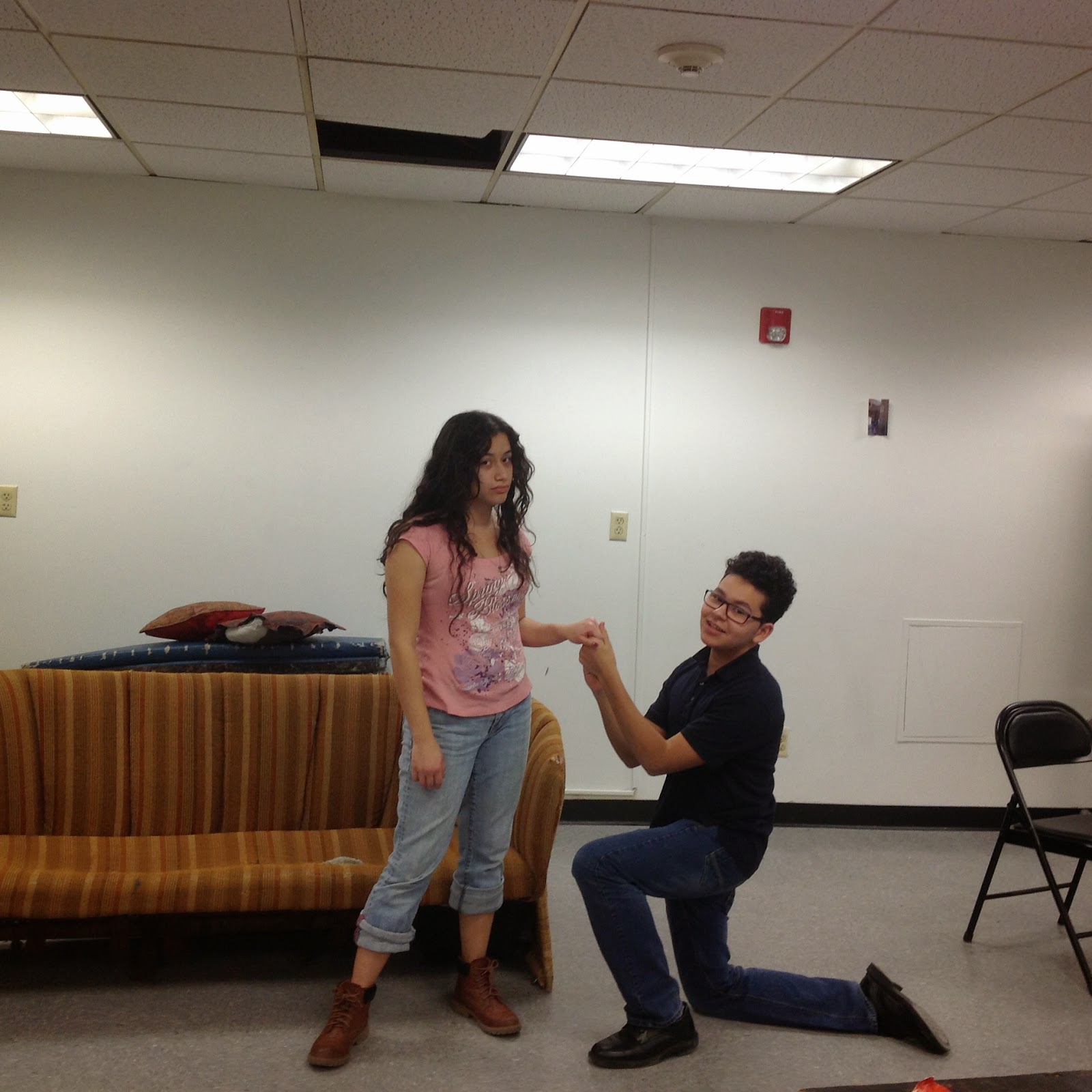