In just its third year, the after school Theater Arts course has brought a new performance opportunity to County Prep students. “Our students have been getting a valuable experience through this credited class and related productions, learning both performance and rehearsal practices, and encountering first hand all of the aspects of professional theater,” says Ms. Shields, language and drama instructor.

This year, the course focused on rehearsing and performing the musical The Wiz. 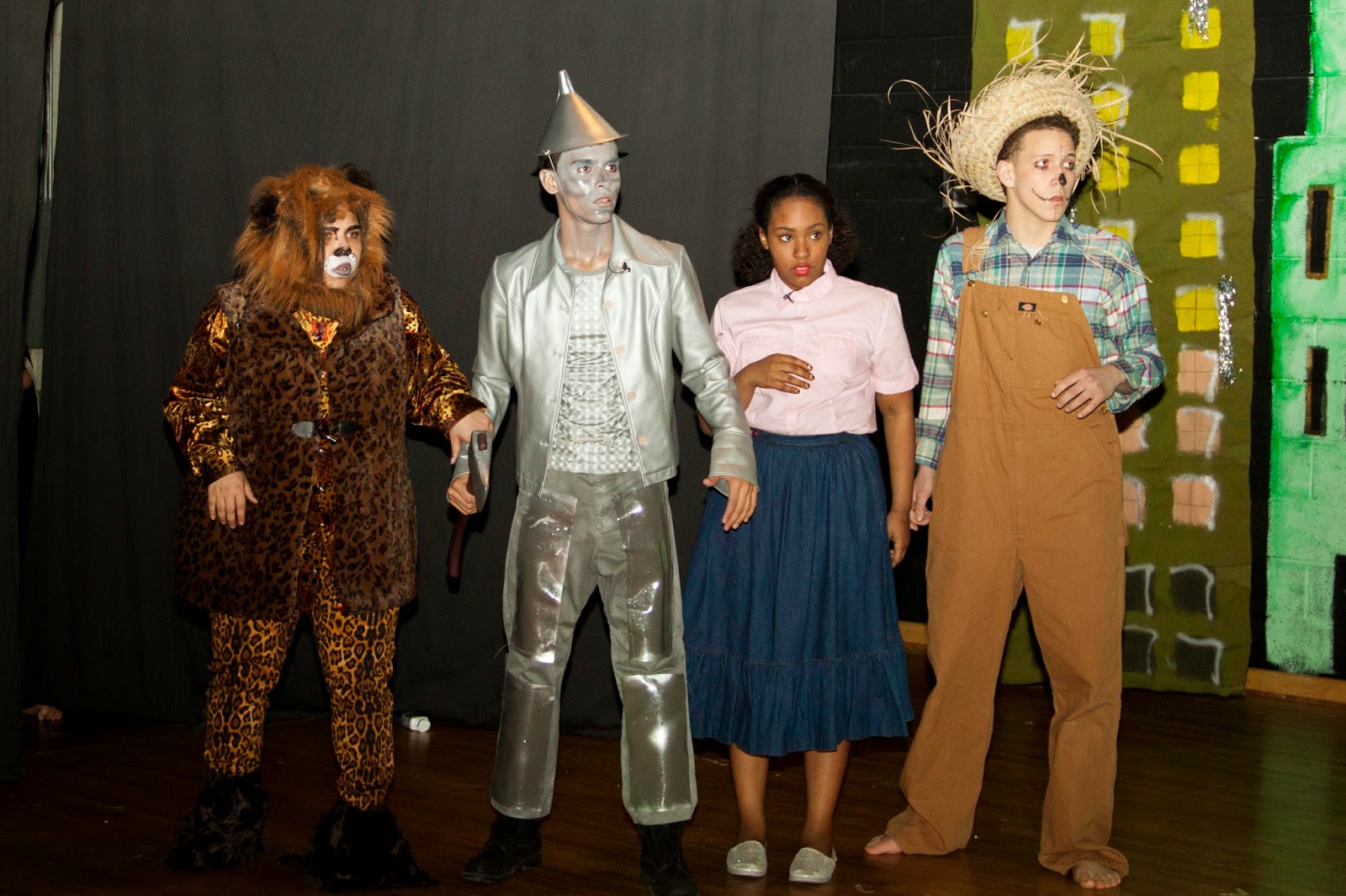 County Prep’s rendition of the musical was a tremendous success. Performed for two sold-out audiences with standing ovations, plus an open dress rehearsal for Explore 2000 middle school, the response has been overwhelming. There have been many requests to add more dates for the show. There is lots of buzz around the school of audience members sharing their favorite moments. Directed by Ms. Warfel-Sandler, Ms. Shields and Mr. Macklin, the piece was chosen for its significance to our student body and their life experience. One of the most important missions of the performing arts programs at County Prep is to present work that connects sincerely with our students, as well as with our audiences and community. The 407 Theater is a welcoming place where performers and audience alike feel at home. While the fable of The Wiz and the Land of Oz may seem surreal, the actors focused on the humanity of the story and the characters. After all, many of us, especially in adolescence, have found ourselves wondering if we’re smart enough, hoping to find true love, or putting on a tough face while inside we were truly afraid. As we go through life there may be moments of pretending to be something we’re not, or of being distracted by money and fame, until a dramatic event helps us to appreciate something more meaningful, like where we’ve come from, our family, friends, and home. The actors’ sincerity shined through, as many audience members were brought to tears during the final song “Home,” sung by Alexia Velazquez as Dorothy, accompanied by a unique video projection created by Ms.Warfel Sandler and the cast. The reactions to the play were absolutely gratifying.

Ms. Shields, Ms.Warfel-Sandler, and Mr.Macklin are very proud of all the actors, dancers and singers whose work has developed through our premiere rendition of this Broadway classic.

THE WIZ, BOOK by William A. brown, Music and Lyrics by Charlie Smalls

From the story “The Wonderful Wizard Of Oz” by L. Frank Baum, presented by special arrangement with SAMUEL FRENCH, INC