to take part in a hands-on simulation of American Government, in fact the largest model

government simulation in the world.   As Senators, members of Congress, G20 members, and

testified, lobbied, campaigned and voted on legislation aimed at tackling some of our Nation’s

preparing them to be the leaders and thinkers of the future, the Harvard Model

One of County Prep’s delegates, Gerard Bello described his participation as “probably one of

the greatest experiences of my high school career. Not only did I get to travel to the great city

of Boston, but I got to discuss real world issues that are very passionate to me.”

views.  It is an event that is educational, inspires civil discourse and allows for a great deal of

fun and interests while do so!
Check out our slideshow: https://goo.gl/kGeJFA 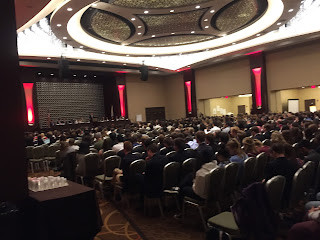