Over winter break 18 County Prep students attended Harvard Model Congress. Harvard Model Congress or HMC is the nation’s oldest government simulation conference run exclusively by undergraduates at Harvard College. Over 1,400 students from across the world attend and assume the roles of real-life congressmen and congresswomen, senators, and members of the government; the goal is to expand their own perspectives and understand the issues at hand in a new, more nuanced way. Students also participate in open debates, caucuses, trials, press conferences, and testimonies, in order to better appreciate the purpose and role of the political process. Of the 18 students who attended, 8 of them received scholarships to attend and senior April Kibalo won the “Best Delegate Award” in a special programs committee called the G-20. She represented the United States of America’s current administration and debated various issues of the world such as the Syrian Refugee Crisis, Globalization, Global Warming and Economic Development. She competed against over 20 teams and had two solve two international crises. 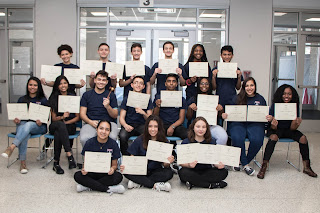 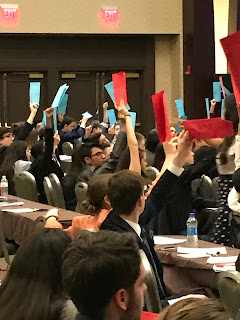 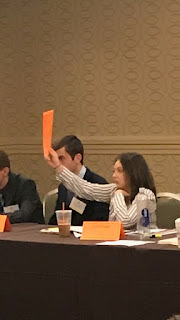