Skip to content
West New York’s Native Son, Adam Concepcion, has won the GOYA Food’s Culinary Scholarship in the amount of $20,000 making County Prep High School proud of all his accomplishments. Early on in his high school career, Adam eagerly entered various culinary competitions where he went up against some of the State’s Top Culinarians to eventually win 2nd place and a $2,000 scholarship at the NJ State Skills Competition for Commercial Backing along with his 1st Place finish at FCCLA’s Apple Bake-off Competition with an additional $2,000 scholarship. Creating quit the buzz for himself, Adam has been recognized by some of the top Culinary colleges in the Nation. His passion for baking grew out of the love and quality time spent with his mother in the kitchen cooking Cuban cuisine. The loss of his mother at such a young age, propelled him to work hard and earn everything that he has accomplished academically, personally as well as socially with his Senior Class. Adam’s perseverance has lead him to be chosen by his number one college choice, CIA, The Culinary Institute of America in Hyde Park, NY. Adam credits his success to Chef Delesky which has been a great mentor to him for last four years as well as personal studying time devoted to polishing his craft. Adam would like to thank his sister, Naomi Concepcion and his aunt, Heidy Quintero, for their love and endless support in achieving both his personal and academic goals. Adam would also like to thank ‘Carlo’s Bakery’ of Hoboken and the opportunities he obtained while working at ‘Dulce De Leche Bakery’ of West New York. County Prep is extremely proud of how Adam has honored the school. We will highly miss seeing all his creative and delicious cakes which were a daily stapled after 3rd period on Adam’s typical school day. There is no doubt in our minds that Adam will go far in his career as a Master Pastry Chef and finally bridge the gap between his family’s home land of Cuba and the United States one simple sweet treat at a time. Congratulations Adam! 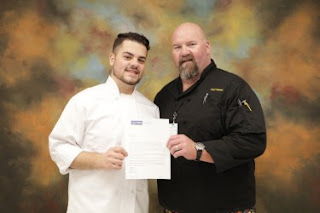 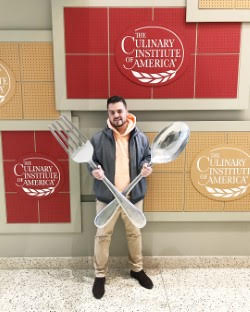 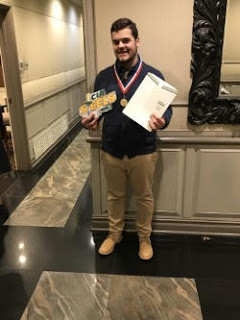 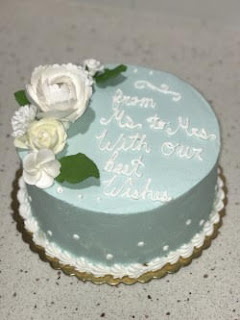 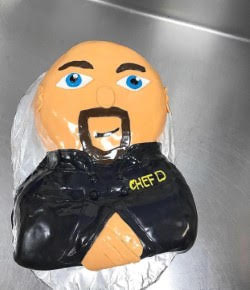