Skip to content
Congratulations to County Prep’s Audio Visual Production students Ebony Torres, Azhar Ali, and Jeymmy Cuevas who placed in the Top Ten of Panasonic’s Kid Witness News National Video Competition! A Moment in the Life of Shihan is a mini-documentary about Ebony’s father, Ed Torres, and his life in the world of martial arts.
Ebony Torres was inspired by her father and the various stories he shared with her about the obstacles he faced to become a Shihan, a martial arts master instructor. In the film, Torres documented her father’s impact on the countless lives of his students. Some students came in as troubled teens from broken homes and through his mentorship, they grew up to be successful adults. Ebony Torres hoped to share his story to inspire others.
Panasonic’s Kid Witness News is a global video education program supported by Panasonic, with the aim of boosting creativity and communication skills. More than 175,000 children around the world have participated in the KWN program since it first began in the U.S. in 1989.
Congratulations to Ebony Torres, Azhar Ali, and Jeymmy Cuevas on their hard-work! 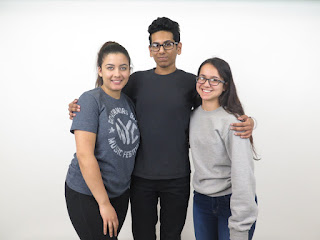