Madame Shields’s Level II French class participated in the FIAF, French Institute Alliance Francaise Young Audience Program, on Tuesday November 25th in New York City. Students watched and interacted with well-known choreographer Stefanie Batten Bland and her modern dance company on the occasion of the debut of her piece “Patient(ce)”. “Patient (ce)” addresses themes of jazz, isolation and integration in the United states. Through a collaboration with futuristic jazz ensemble Burnt Sugar Arkestra, it examines our instinct to create in the face of oppression.

The dancer and choreographer Stefanie Batten Bland has family roots that are a mix of Creole, African American, Native American and Scots-Irish. Stefanie has danced for Bill T. Jones/Arnie Zane Dance Company, Pal Frenak, Sean Curran, Georges Momboye, Cie Linga, Pina Bausch Tanz Theater Wuppertal, Lar Lubovitch, Julie Taymor and Angelin Preljocaj, among others. Stefanie’s choreographic vision of contemporary dance redefines community by illustrating the synergy that arises when interdisciplinary artists from varied backgrounds and cultures collide. Her works are based in dance, with a strong installation component which allows futuristic worlds to take place in space and time. Stephanie mixes European subtlety and American ardor to investigate physical notions of community, adding her own layer of dance to that of her parents’ (Mary Batten and Ed Bland) artistic legacy of music and writing.

In 2008, while head choreographer at the Paris Opera Comique in France, Stefanie founded Company Stefanie Batten Bland so that she might better investigate the human condition and relationship within the natural world. Her works are physically and technically demanding.

This performance had a strong interactive element with the student audience. Students were able to experience improvising a “lava lamp” and dancing through the “waves of the ocean.” They also reflected on the theme of rules, restrictions, and freedom.

After the performance, the class had a family style lunch at “Madame Claude”, a cozy, bistro-style French restaurant in Jersey City. The owner, Alice Troletto, graciously opened her restaurant early just for the students. They had to order and converse in French, while tasting traditional French dishes such as: different fromage from various parts of France, Escargots, Croque Monsieur, the famous French Steak, Ratatouille, Gratin aux legumes, Crème brulée and Crepes. They listened to French chansonettes and enjoyed an environment of French memorabilia.
The students thoroughly enjoyed both the performance and the French dejeuner; for most of them it was their first time tasting French cuisine. 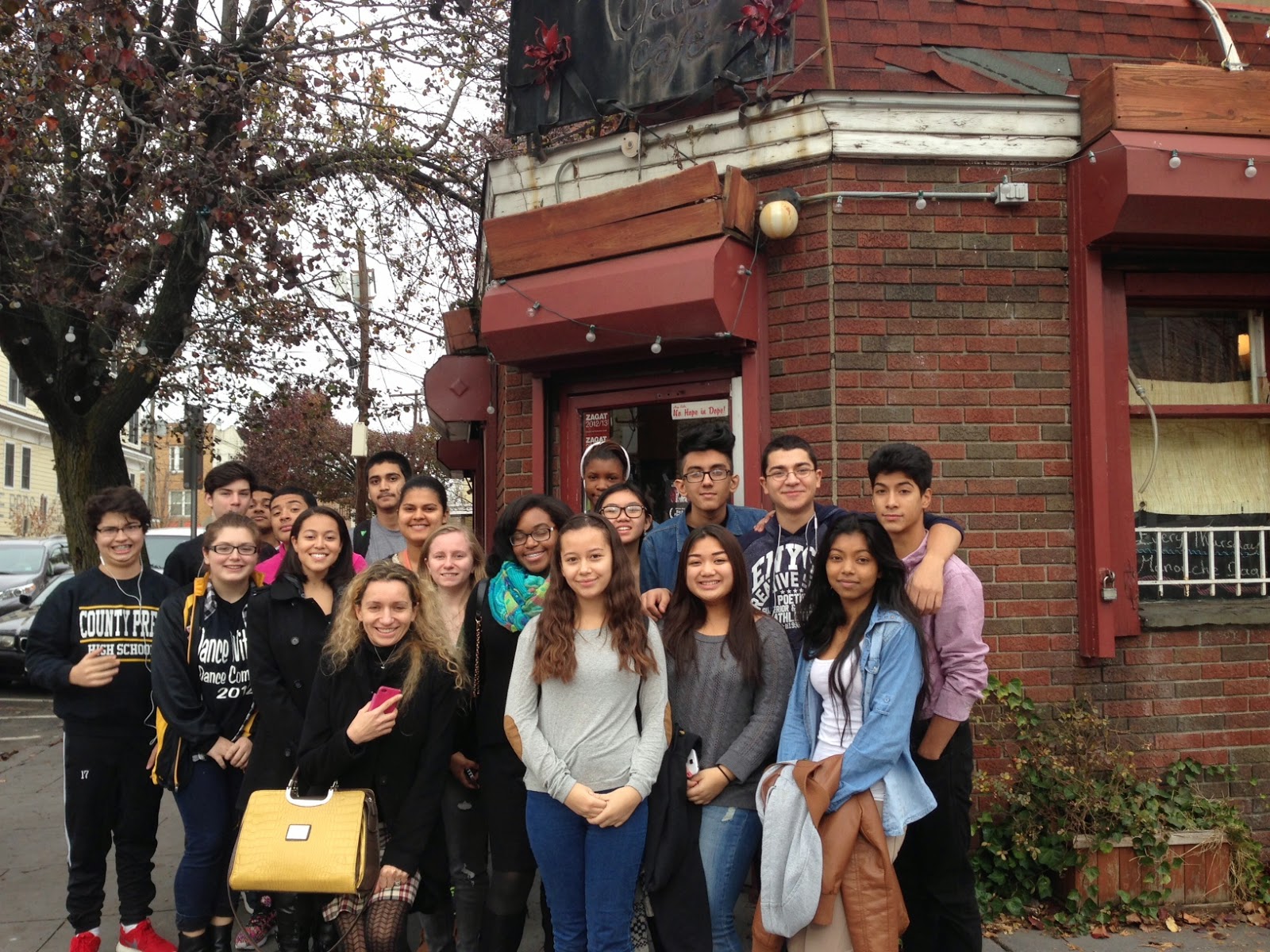